Entertainment at the 2022 Silly Boat Races is brought to you by the generous sponsorship of Real Estate Webmasters. 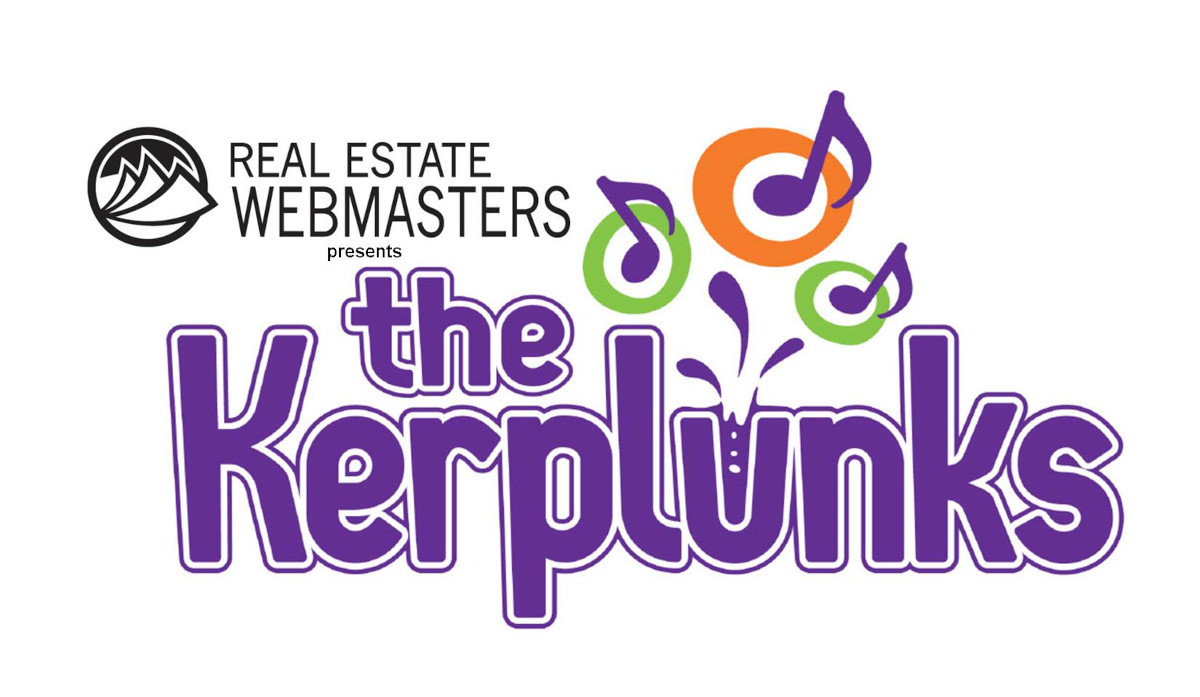 Enjoy family-friendly entertainment at the Silly Boat Races, brought to you by Real Estate Webmasters! We are excited to announce that The Kerplunks will be performing in the pavilion this year.

The Kerplunks are Canadian award winning children’s entertainers bringing high-energy, musically “bang-on” performances to the stage! As a group they are committed to entertaining and educating children through musical creativity and top-notch musicality. At every live show you will find Dinah D on Upright Bass/Vocals, Jocelyn Hallett on Keyboards/Horns/Vocals, Aaron Cadwaladr on Guitar/Vocals and Phil Wipper on Drums.

In October 2018, The Kerplunks release their 5th studio album, “Lullabies For Big Eyes”. This 24 song sleep generating epic is guaranteed to put the whole family to sleep. Whether snoozing the day away or settling a restless mind in the night, this album is guaranteed to relax and soothe people of all ages! The Kerplunks have played some of Canada’s largest drawing and highest profile events, garnering rave reviews at every show they have played over the last 13 years! The Kerplunks enjoy bringing their high-energy show to audiences across Canada, with a keen eye on future international engagements. The Kerplunks provide a unique live performance with a full four-piece multi-instrumental band, presenting a wide variety of upbeat lyrics and many differing musical styles that even parents can enjoy. The Kerplunks get the whole audience singing along, on their feet and participating in the actions. This standout children’s band, like their little fans, is getting bigger every day!!